Get to know your Punta Cana International Airport

The Puntacana International airport opened its doors in 1983. This airport is the gate to fly direct to paradise. Located in the eastern part of Dominican Republic, it is the leading airport for travel to the Dominican Republic with convenient direct flights arriving daily from around the world. It has been the fastest growing airport in the region, having 2 terminals and now we are planning the construction of adding our third terminal.

The first year of operation the airport received 2,500 passengers, now we manage 7.3 million passengers every year who come to have an ultimate experience.  During the 70’s, the whole area of what is now Punta Cana, had only 20 hotel rooms. Today, we have over more than 45,000 indicators that show how this airport has built and turned this area in one of the main tourist destinations.

Punta Cana International Airport manages more than 67% of Dominican flights, connecting the country with more than 96 cities in 20 different countries and giving all airlines the facilities needed to have an efficient operation.

The airport offers 2 runways, 27 gates, 30 aircraft parking, 3 VIP lounges, 1 pool with view to the runway, VIP Terminal, FBO Terminal and a cargo Hub operation.  Also for the convenience of the passengers, we have E-Gates, Bag tag Printers, EDS machines, VIP services app application, 45 commercial stores and soon a Preclearance for US citizens.

Our goal is to give passengers the best experience until the very last minute. The Puntacana International airport is the main developer in this area with 7,000 direct employees and 42,000 indirect. We also help businesses of local industries and the region with our cargo Hub facilities which move around 26.3 MM kgs in goods with a growth of 35% in relation to last year. 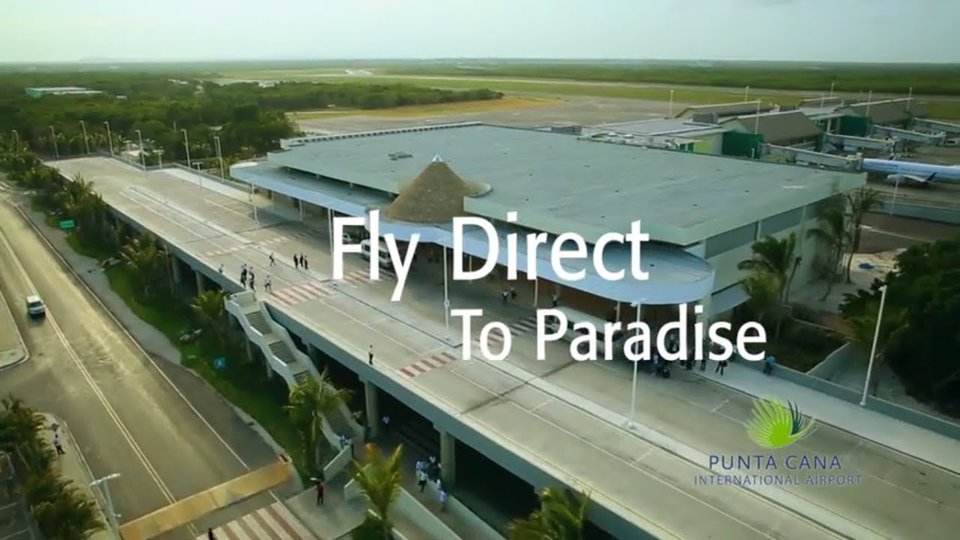 Following a meticulous assessment of its existing waste management program, Grupo Puntacana (GPC) built the Recycling and Incineration Center (RIC) at the airport and began separating all garbage into recyclable, organic, and non-recyclable materials. With the large volume of recyclable materials produced, Grupo Puntacana soon created a completely new market for these items, which can be transported to Santo Domingo by truck for sale to larger buyers. At present, almost 60% of the waste that Grupo Puntacana generates is sent to the recycling facility instead of to landfill.

After 12 expansions, Punta Cana International Airport now has two terminals covering an area of 65,000 square meters with a capacity for handling more than 5,000 passengers per hour. The airport has a modern control tower and two runways measuring 3,100 meters in length and 45 meters in width, suitable for A380 aircraft and with a useful lifespan of 20 years.

The airport also has one 1,378-square meter hangar for executive-type aircraft, and two terminals with 30 parking bays that can accomodate planes ranging from narrow-body aircraft to the world’s largest passenger liner, the A380.

The airport receives all types of airplanes, including the Boeing 747-400 with tourists from Europe, North, South and Central America and the Caribbean. It accommodates light aircraft, helicopters and executive jets for local flights in its domestic terminal. The airport also has a cargo area for importation and exportation.

The idea is to offer travelers innovative facilities with unique services that turn their wait into an exceptional experience. Punta Cana International Airport (PUJ) opened a new VIP Lounge in Terminal B. With an infinity pool and terrace overlooking the runway, the new VIP Lounge also includes hospitality areas and changing rooms for the comfort and convenience of its guests.

The new lounge in Terminal B will also be available for Puntacana Resort & Club owners and Tortuga Bay Puntacana Resort & Club guests, as well as passengers who opt for the VIP service and the Priority, Dragon, Lounge Pass and Lounge Key Card services. The facility is also open to Passengers whose airline company benefits from specific agreements may have access to the VIP Lounge.